If there is one thing you do not want to discover about your home, it is that it has foundation problems. Whether it is settling, shifting, or cracks, these damages can be incredibly threatening to the overall livelihood of your home and can be expensive to repair in severe cases. One of the primary concerns you will have if a contractor tells you of your foundation woes is bound to be: How much will this cost? Unfortunately, there is no definitive answer for every case because each one can be so different. Here is a look at a few facts you will want to know about foundation repair costs:

The cost of repairing a foundation can range depending on the circumstances.

According to HomeAdvisor, foundation repair can cost between $3983 on the low end and $11,000, with a more typical range of somewhere between $1858 and $6334. It is more likely that the costs of minimal settling, for example, would be more on the low end of the price range. On the other hand, if the foundation problem has already caused problems in the house with the overall structure, it is more likely you will see a higher repair cost.

The cost of repairing a foundation can go up according to the home's age.

Even though less common, foundation problems can occur even with newer homes, especially in areas where the ground is not as stable. One of the better points of repairing a newer home foundation is the costs of repair are likely not to be as high as it would with an older home. Older houses tend to have foundation issues that are harder to address. For example, a lot of old houses are built upon basic block foundations, in which case, individual blocks and sections may have to be rebuilt while the house is jacked up.

The cost of repairing a foundation can be higher if your home has a basement. 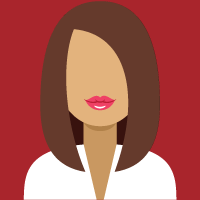 Do you remember the last time you thought about fixing up your home? It isn't always easy to know what to do or where to start, which is why I began working with general contractors a few years ago. However, one thing I discovered pretty quickly was the incredible cost of having professional work done, so I started analyzing every last expense. It was really overwhelming to figure out where to cut expenses, but I was able to tackle the job in no time. This blog is all about saving money on construction and living a better life every single day.

Having Your Business's Exterior Painted
31 August 2022

Making sure that the exterior of your business is …

Owning a home is a dream come true for many. If it …

Siding is not something that most homeowners get e …

Your living room is one of the most important sect …

If a roofer hasn't checked your clay tile roofing …